This continues our photo-report examining Los Angeles's new "Orange Line" busway, widely regarded as perhaps the premier recent example of state-of-the-art "Bus Rapid Transit" ("BRT") – and the broad range of claims that this type of bus deployment is "rapid transit on rubber tires" and "just like rail transit, but cheaper". In this section, we turn to issues of accessibility for passengers with bicycles – including a comparison with light rail transit (LRT).

As in the case of ADA-compliant accessibility for the mobility-challenged, "BRT" promoters have frequently tried to promulgate the impression that "BRT" buses provide multi-door level boarding, "just like rail transit", and that bicycles can be similar accommodated. As the photos below clearly reveal, however, this is far from the case with respect to the "Orange Line" busway in comparison with other LA-area rail transit services. 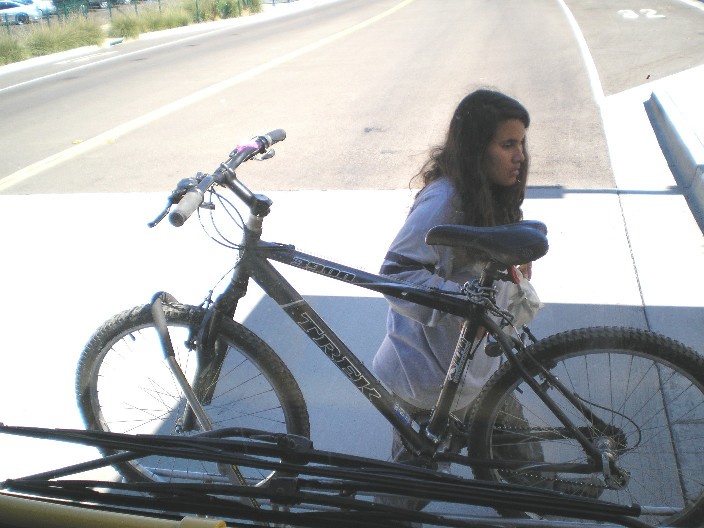 Bikes cannot be taken aboard "BRT" buses on the "Orange Line". Instead, they must be fastened to racks on the front of the bus, just as is commonly done on many ordinary transit bus operations. This photo shows a passenger fastening her bike to the rack in front of the bus.
[Photo: Dave Dobbs] 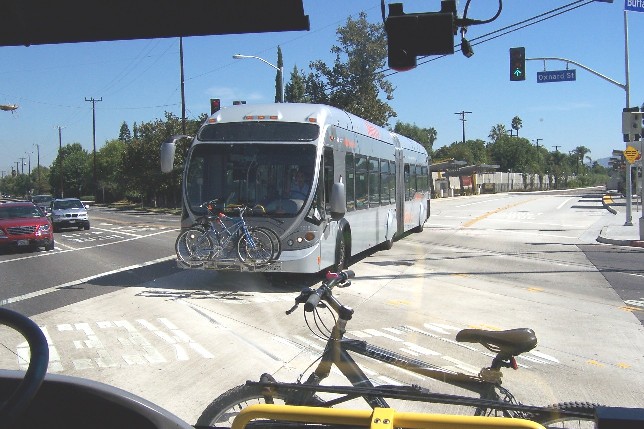 Buses pass each other with bikes loaded on each of their front racks. There seems to be a heavy demand on the "Orange Line" for bike access, but bikes are limited to just two per bus because of the capacity of the front racks.
[Photo: L. Henry] 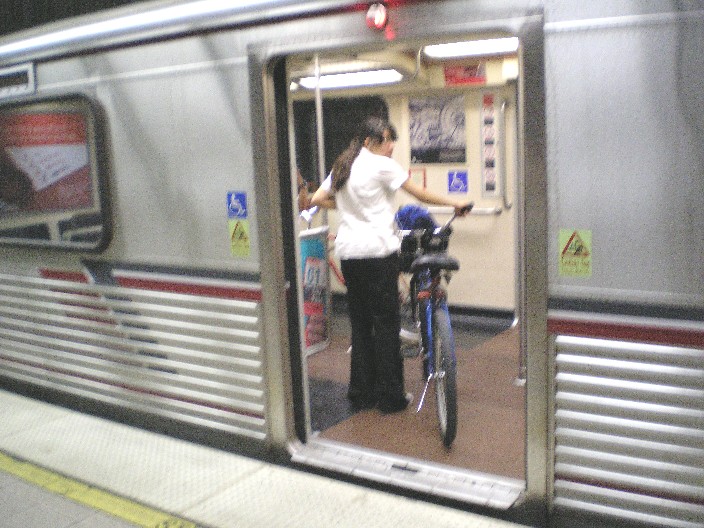 This photo, showing a young passenger wheeling her bike aboard a Red Line metro car, shows how bikes can be taken directly on Red Line trains.
[Photo: Dave Dobbs] 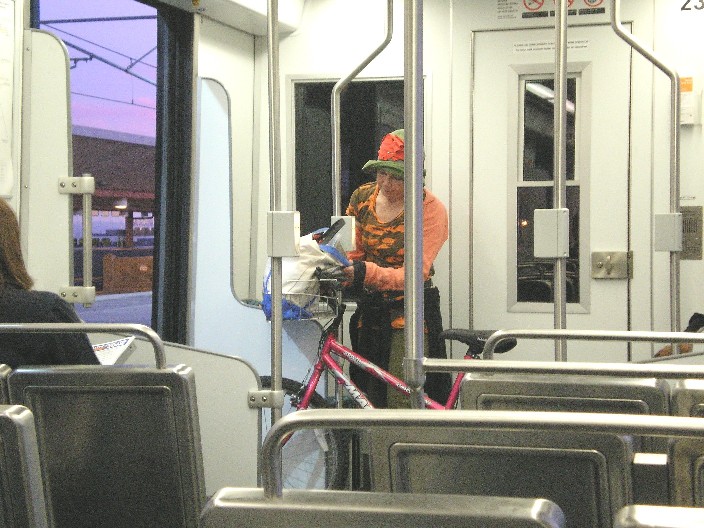 Likewise, bikes can be taken aboard LRT trains – in this case, a passenger is securing her bike aboard a Gold Line train. This striking difference in accommodating bike riders seems to constitute another decisive refutation of the claim that "Orange Line" buses are just "rail transit on rubber tires".
[Photo: Dave Dobbs]

It should be noted that La's Metropolitan Transportation Authority (MTA) enforces certain limits and rules with respect to taking bicycles aboard trains. In particular, bikes are not allowed on LRT trains, and on Red Line metro trains between certain stations, in heavy peak periods. MTA's full bike-access policy can be reviewed at:

In this respect, for bike-riding passengers in peak periods, the bike racks mounted on the front of "Orange Line" and other MTA buses would seem to represent a more liberal bike-access policy.